Department of Biological Sciences at the University of North Texas

Burggren’s research focuses upon developmental and evolutionary comparative physiology at the tissue, organ system and organismal level.  His laboratory emphasizes research on the cardiovascular, respiratory and renal systems.  Understanding how these systems first develop and begin to interact with each other, and then how they are affected by environmental stressors, is at the core of his research team’s projects that he and his research team carry out.  Burggren’s lab uses a wide variety of both vertebrate and invertebrate animal models to answer key questions in developmental comparative physiology.  While genetic underpinnings of physiological processes have directed many aspects of his research, in recent years his laboratory studies have expanded to include transgenerational epigenetics. Both morphological and physiological characteristics can be inherited through epigenetic mechanisms, and Burggren studies these mechanisms and their outcomes to develop of a deeper understanding physiological data and the performance of physiological systems.  Burggren’s research project have been funded by multiple agencies during his career, and he currently is supported both by the National Science Foundation and the Gulf of Mexico Research Initiative.

Burggren has published more than 250 journal articles and book chapters, and has written edited or co-edited nearly 20 books, including a widely used textbook in Animal Physiology that has been translated into several languages. Additionally, Burggren has been the major advisor of more than 40 post-doctoral fellows and graduate students during his career,

The honors and recognitions that that Burggren has received include: Fellow of the Japan Society for the Promotion of Science; Regents’ Researcher Citation of the Nevada Board of Regents; Barrick Distinguished Scholar, Univ. of Nevada, Las Vegas; National Science Foundation Advisory Board member – Biology Directorate; Distinguished Visiting Professor of the Mexican Academy of Sciences; and Invited Participant in the Commandant’s National Security Program, US Army War College.  In 2012 he was named Rector Honoris Causa (Honorary University President) of The Autonomous University of the State of Mexico, Toluca, Mexico. 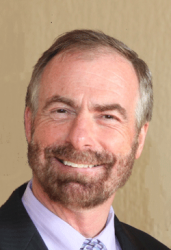