He served there as chief academic officer for thirteen years.  He came to the University in 1974 as an assistant professor and now holds the emeritus professor title. He received his Ph.D. and Masters degrees from the University of Illinois and his undergraduate degree from Lenoir Rhyne College.  He previously served as a faculty member at Clemson University and as a labor economist for the U.S. Department of Labor.

He was chair of the Board of Directors of the Center for Research Libraries from 2005-07, and a member of that board from 2001-09, the National Commission on Writing, and a Consulting Editor for Change Magazine.  He was Chair of the National Association of State Universities and Land-Grant Colleges Council on Academic Affairs in 2000-2001, a member of the BioOne board and of the Kansas Technology Enterprise Corporation. 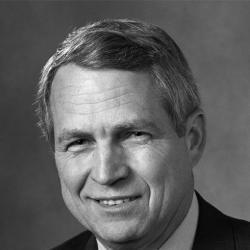