After graduating with a degree in English Literature from Fairhaven College in 1972, then earning his master’s degree in Library and Information Science at the University of Michigan in 1975, Mr. Moody worked as a manuscript and acquisitions editor at Ardis Publishers, a University of Michigan-affiliated press that published works by suppressed Soviet writers in Russian and in English translation. Ardis also published Russian Literature Triquarterly, the leading journal of Russian literary studies at the time.

Mr. Moody subsequently worked as a reporter and writer in the Pacific Northwest, chronicling the rise of Microsoft, Amazon, and assorted other high-technology companies during the Silicon Rush of the 1990s. He worked as a freelance writer, then a staff writer, news editor, and managing editor of the Seattle Weekly, eventually steering that publication onto the Internet. He also taught nonfiction writing at the University of Washington Extension from 1989 through 1992.

Reporting during the 1980s and 1990s for the Seattle Weekly, abcnews.com, and various national magazines and newspapers, Mr. Moody wrote on such subjects as education, higher education, publishing, culture, professional and college sports, business, social issues, media, and technology. He began writing exclusively on technology in 1991, with a series of articles on the Microsoft Corporation. He started writing and publishing books on the technology industry and its effect on culture in 1994 with the publication of his I Sing the Body Electronic: A Year with Microsoft on the Multimedia Frontier (Viking Penguin), which was a New York Times notable book that year. Since then, he has written, spoken, and consulted on technology issues extensively, focusing on the impact of technology on business, education, culture, and publishing. His other books include The Visionary Position (Random House/Times Books, 1999) and Seattle and the Demons of Ambition: A Love Story (St. Martin’s, 2003). 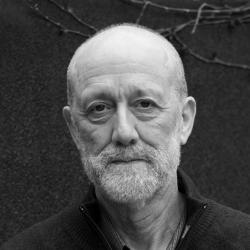