Director of Open Education at SPARC

Nicole Allen is the Director of Open Education for SPARC. In this role she leads SPARC’s work on the issue area of Open Education, with a dual focus on public policy and engaging the library community to advance this issue on campus.

Nicole is an internationally recognized expert and leading voice in the movement for open education. Starting during her own days as a student, she has worked tirelessly to elevate the issue of college textbook costs and access to education into the public spotlight and to advance openness as a solution in both policy and practice. Drawing on her unique perspective as both a Millenial—the same generation as today’s college students—and a professional with more than a decade of experience in this field, she has been widely cited in the media and has given hundreds of talks and trainings in more than a dozen countries on open education, open policy, and grassroots advocacy.

Nicole’s career began in 2006 with the Student Public Interest Research Groups, where she worked with college students across the United States to organize numerous large-scale grassroots campaigns on college affordability and related issues. In 2013, Nicole joined SPARC to develop and lead a new program on open education, which has since evolved into a national network of more than 100 academic librarians and a robust advocacy portfolio spanning state, national and international policy. She also continues to work with students through the Right to Research Coalition and as part of the organizing team for OpenCon.

Nicole graduated from the University of Puget Sound in 2006 with a Bachelors of Arts in Philosophy. Currently she splits her time between her home in Providence, RI and SPARC’s headquarters in Washington, DC. 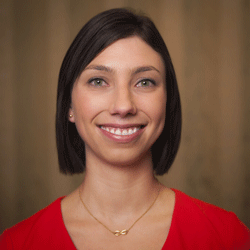