Heather Joseph has served as the Executive Director of the Scholarly Publishing and Academic Resources Coalition (SPARC) since 2005. In that capacity, she works to support broadening access to the results of scholarly research through enabling open access publishing, archiving and policies on a local, national and international level.

Ms. Joseph is also the convener of the Alliance for Taxpayer Access, a coalition of universities, libraries, patients advocacy groups, consumer groups, and student organizations who work to ensure that results of publicly funded research are openly accessible to the public. The group has been a leading voice on U.S. open access legislation, including landmark policy issued by the National Institutes of Health (NIH).

Prior to coming to SPARC, she spent 15 years as a publisher in both commercial and not-for-profit publishing organizations. She served as the publishing director at the American Society for Cell Biology, which became the first journal to commit its full content to the NIH’s pioneering open repository, PubMed Central, and subsequently served on the National Advisory Committee for the project.

Ms. Joseph serves on the Board of Directors of numerous not-for-profit organizations, and recently completely a term as the elected President of the Society for Scholarly Publishing. She is a frequent speaker and writer on scholarly communications in general, and on open access in particular. 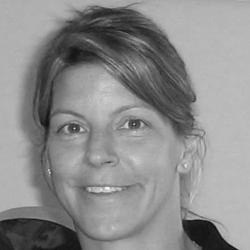