Professor Bintliff is Director of the Tarlton Law Library/Jamail Center for Legal Research and the Joseph C. Hutcheson Professor in Law. She came to the position in the fall of 2010, after serving as Director of the William A. Wise Law Library and Nicholas Rosenbaum Professor of Law at the University of Colorado. Her research interests include studying the differences between print and electronic information retrieval and the ways in which these search methods yield divergent results. She was selected to present the prestigious 22nd Annual Austin Scott, Jr. Lecture at the University of Colorado, and followed it with an article in Law Library Journal, From Creativity to Computerese: Thinking Like a Lawyer in the Computer Age. She is an expert in the authentication of electronic legal resources, and serves as Reporter for a Drafting Committee of the National Conference of Commissioners of Uniform State Law that is writing a draft uniform law on this topic. Professor Bintliff also maintains an interest in exploring issues of legal history and comparative legal systems. She serves on the editorial board of several journals, and contributes regularly to the scholarly and professional literature through articles, reviews, and other publications.

For the last several years, Professor Bintliff has spearheaded an effort to increase the amount and quality of scholarship concerning legal research education and the use of legal information. An important outcome of this effort has been the production of the Boulder Statement on Legal Research Education. The text of the Boulder Statement can be found using the "publications" link on the left side of this page. 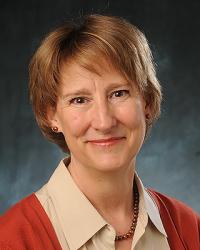